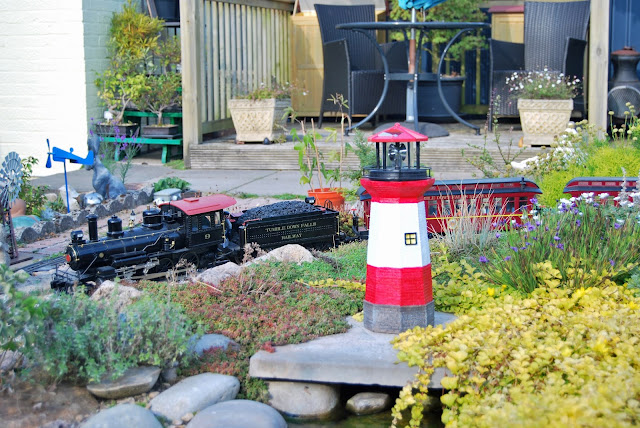 Welcome to Tumble Down Falls Railway (TDF Rly), the blog for my Garden Railway, and the activities that make it work, if you may wish to read its "Back Story".

As with most us older railway modellers, I have been building layouts in lots of scales over many years.  starting as a young boy with Hornby 0 Gauge Tin Plate, and then some years late the 00 gauge “train set” for my son, which started my interest in model railways.

The 00 gauge layout led to N Gauge, in a bid to have more running in a small space, then a move of house, more space and back to 00, though eventually “fat fingers” so a change to 0 gauge.  As nice as this scale was, and I was able to build both locos and wagons (from kits), and a bit of “bashing”, the limitation on room meant I was still not content, and needed something else.

Read more »
at 04 January No comments:
Email ThisBlogThis!Share to TwitterShare to FacebookShare to Pinterest

First post of 2020, and the holiday season break has seen me busy.  I have completed my Timpdon 2 Compartment Coach and Generator Wagon, and my Kippo Signal Box to hide the "Temple Yard" turnout switches has been started and almost completed, details to follow.  My other big project is an OcCre San Francisco Streetcar, only just started, and currently trying to work out how to motorize it, again the blog will be updated as this progresses.

at 04 January No comments:
Email ThisBlogThis!Share to TwitterShare to FacebookShare to Pinterest

A few tasks done this month:

It has been a while since I have updated my blog with the railway activity, so what has happened over the last few months.

When the railway was track powered this was remotely controlled by a Crest Train Engineer (TE), and via an auxiliary receiver,  when the track power was removed all the TE equipment went.

I looked around for various methods to control the points, but already having standard G Gauge point motors I was loath to move to a totally different system.  Luck would have it that I was offered a Precision RC Train Engineer Revolution (Revo) transmitter free, so all I would need would be the Revo "Track Switch Control Rx".  Fine Scale Brass were identified as the UK agent and a unit was ordered.

The unit comes as a bare unit with no casing as shown below, so a project box was obtained and the unit fitted inside.

Set up isn't difficult, however my lack of familiarity with the system did mean if took a couple of attempts to link (bind) the Tx and Rx, however once linked the system works so well a second Rx has now been ordered.

at 30 September No comments:
Email ThisBlogThis!Share to TwitterShare to FacebookShare to Pinterest
Labels: Battery Power, Revolution

The weather has been kind and some work has progressed on the railway out side, mainly the final finishing touches to the stream. Some small pebbles bedded in to the bank and damp sand pressed in the damp cement. Obviously a train must be run, so a good photo opportunity 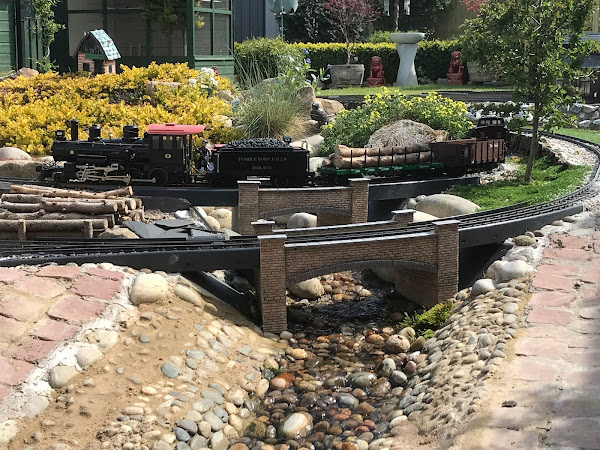 Work finishing the IP Engineering Railbus has been slow, all the electronics have arrived, but there are some issues, so completion of the motorisation is in abeyance. Final finish to the exterior is awaiting decal, they have been on order some weeks, and not arrived yet. It would seem there will be a flurry of work on this as everything is bound to arrive at the same time.

at 21 April No comments:
Email ThisBlogThis!Share to TwitterShare to FacebookShare to Pinterest
Labels: Landscape

It has been a few months since my last up update, not a lot has happened, though we have been through the festive period.

Looking for a new project I have bought an IP Engineering Colonial Railbus, I will add a new page and document the progress of the build, and detail specifically where I have diverted from the standard building instructions. 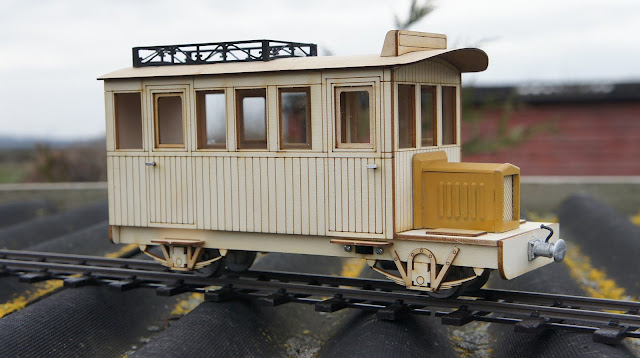 November already, and what has been done since the last update. The first thing to mention is the Model Town Engine Shed, as this is just a standard build of a resin building it will just get a mention in the blog, and will not have its own dedicated page.

Work has also continued on the 10-Wheeler, both the tender and loco body having been painted and the detailing work has now begun, please see Bachmann 10-Wheeler Battery Conversion page for the details of the work so far.

I found this kit to be one of the earlier ones produced by the company, and a little extra effort was required, however its completion was very satisfying.

It will eventually have a plinth in the siding😊 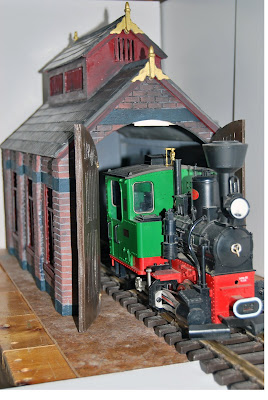 JimmyB
Hi, sorry but I like to keep my personal details private,